The producer of the 10 o’clock show has contacted APNAPLATES today and asked for our insight in the recent L16 DEM number plate for sale.. watch it tonight to get the political low down…

An Indian geek wanted to have a chat with Tim Cook so much that he bid a whopping $580k for half an hour coffee date with Apple CEO, reports Times Of India.

Rakesh Kumar, alumni of Durgapur Regional Engineering College in West Bengal, stunned the auctioneers with his bidding on the last day of auction which ended on Tuesday.  However his dream of meeting Cook missed just by a whisker for an anonymous bidder who bid $610k, $30k more. On Tuesday, the winning bid came only several minutes before the auction closed at 4 pm ET.

Kumar, holds an Electrical, Electronics and Communications Engineering degree from REC Durgapur, now lives in US and is founder of a start-up Drbluetooth.com, which sells Bluetooth headsets, set up in Sunnyvale, California just nine months ago.

The auction has been running on the Charitybuzz website since April 24 to spend half an hour with Cook over a coffee. The bidding overshot the initial expectation of $50,000 to $160,000 by the end of the first day itself.

A former Liberal Democrat councillor, who has now ditched his old party for Labour, is trying to sell a personalised number plate that reads ‘LI6 DEM’.

Andrew Duffield was a district and county councillor and parliamentary candidate for the Liberal Democrats, and bought the number plate for £250 back in 1993.

Duffield described his decision to sell the number plate as being ‘for obvious reasons’, and wants to try and offload it for £500, doubling his money.

He said that he originally defected from the Lib Dems because he believed the coalition government was not doing enough to ‘protect the poor and disadvantaged’.

Indian businessman and car enthusiast Mohammed Nisham was arrested after posting a video online of his son driving his Ferrari.

The nine-year-old boy can be seen with his five-year-old brother in the passenger seat.

Mr Nisham has since been released on bail.

Meet Offbeatr the crowdfunding platform for all things adult…

Instead of just the raunchy stuff you might expect, funding has also been art, games and comic books. Unlike other popular kickstarter websites, projects are only funded if they approved by Offbeatr users.

In total 100 adult projects have been created with 4,000 receiving funding pledges.

The site was created after co-founder and chief executive Ben Tao and his partner Eric Lai began ExtraLaunchMoney, a digital marketplace for amateur adult creators that serves as the parent company for Offbeatr. “Starting out, we weren’t sure adult crowdfunding would work,” admits Tao. “We rolled the dice and nine months and £280,000 later, we’ve confirmed there is a demand” 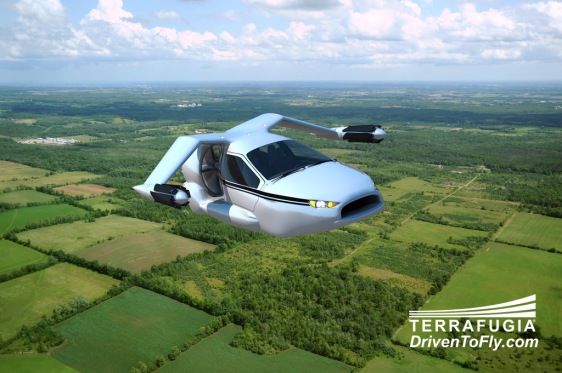 Video – The flying car coming to a garage near you !!

I hope we can still put our private plates on the flying car.. that would be awesome !!