It is indeed a nation obsessed with social media, but a recent report takes the craziness a notch higher. India’s young Facebook users are apparently splurging lakhs on plastic surgeries in order to improve the way they look on Facebook and various other social networking sites

Indians in their 20s and 30s are going under the knife to improve their social media pictures. The report highlights that India, the nation that invented the nose job, is now also spearheading the new trend of “Facebook facelifts.”

One woman who was interviewed said “If you don’t look good on Facebook, then how will you make contacts?”

Men aren’t lagging behind in this aesthetic race. The report suggested that most asian men get chin augmentations that cost over $2,000 (around Rs 1, 18, 680). The reason being during video chats, it is easy to observe someone’s chin.

Anip Dhir, a plastic surgeon was quoted by the LA Times, saying, “When someone is talking on Skype or any other kind of social media network, what you see is the movement of the chin when the lips move.” He added that “A weak chin or a waddle chin, they stand out most because, again, people don’t look confident when they’re talking and the definition of their face becomes less.”

While there exist simpler ways to improve looks, like Photoshop, why people opt for surgeries is because many people use Facebook to find partners. A woman said that “Sometimes you have to meet people in real life too, if you don’t look the same as in your photo, then it’s sort of fake, isn’t it?”

People opt for laser skin treatment, rhinoplasty and chin augmentation, among other procedures, in order to improve their romantic chances on social networking sites. While the social media age is impacting the young and old alike, this Facebook trend certainly seems to be a costly affair.

Since we don’t know the name of the baby yet lets speculate what possible names may look like on a number plate:

and this one is for the happy couple

Young drivers who face steep costs for motor cover could save an average of £201 – or 12.5 per cent – a year by choosing telematics technology over a standard policy, according to data.

Female motorists aged 17-19 were the most quoted group for telematics policies, making up almost a third of all quotes.

Telematics works by drivers having a small ‘black box’ fitted to their vehicle.

This monitors a number of factors, including times driven, accelerating and breaking, and what types of road drivers use.The driver is then able to monitor their progress online and can make any adjustments to their driving style accordingly.

Telematics policies serve to make motorists more aware of how they drive – this in turn can make premiums cheaper. There may be restrictions however, such the times in the day that motorists are able to drive and a maximum annual mileage.

Annual premiums for younger drivers often reach four-figures. This is because inexperience means the risk of them being involved in an accident is higher than average.

Having a black box fitted to the car to monitor driving behavior provides an insurer with a greater knowledge of the driver. It can also influence driving habits – motorists know that they have the box fitted and driving safely will result in premiums falling faster.

‘It is also important to be aware if the provider will charge you for the black box and installation should you choose to cancel the policy. Telematics is based on driving patterns and so is not a guaranteed way to see cost reduction. 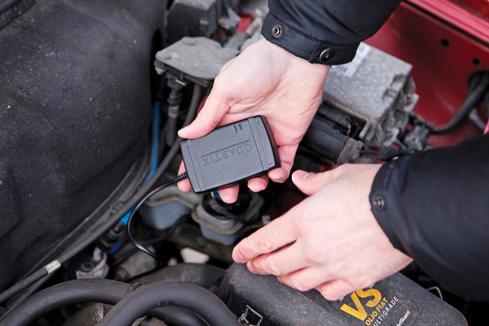 Combining head-turning coupé styling with the practicality of a compact saloon, the CLA-Class represents a landmark in automotive design, carving out a new niche all its own.

Exterior design is simply breathtaking, from the distinctive diamond grille to the sporty twin tailpipes. There’s substance behind the style too, with the sweeping roofline and sculpted surfaces enabling remarkable aerodynamic performance. The drag coefficient of just 0.23 is the lowest on any production car.

This not only enhances the CLA’s impeccable road manners but also contributes to its outstanding performance. A choice of two engines, one petrol and one diesel, includes the CLA 220 CDI, which can return up to 62.8 mpg* combined.

Technology at your fingertips

The CLA also comes with Active Park Assist as standard, which not only identifies suitable parking spaces but also guides the car into them. In addition, there’s a range of options for your consideration – from the reversing camera to the Harman Kardon® Logic 7® surround sound system.

The CLA will initially offer a choice of two powerful yet efficient four-cylinder engines: the CLA 220 CDI and the petrol-driven CLA 180. Coupled with the car’s world-beating aerodynamic performance, both offer outstanding performance and economy.

The CLA 220 CDI is paired with 7G-DCT 7-speed automatic transmission and can sprint from 0-62 mph in an impressive 8.2 seconds. Yet it’s still capable of returning up to 62.8 mpg* combined with CO2 emissions as low as 117 g/km.

The CLA 180 can clock 0-62 mph in 9.3 seconds with the agile and responsive 5-speed manual transmission ensuring an engaging driving experience. CO2 emissions are as little as 130 g/km and on the combined cycle it returns up to 50.4 mpg*.

He has already enjoyed success as a DJ and music producer as well as making a foray into fashion.

But it appears Swizz Beats aka Kassem David Dean has extended his creative talents to the motoring industry, unveiling a new custom-made supercar for Lotus. 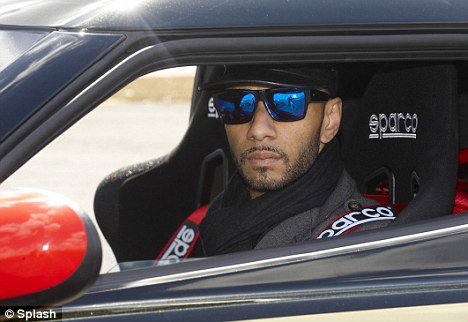 It is the music producer’s first project since he was appointed ‘vice president of creative design’ at the luxury British car company in August, 2011

Beatz’ special-edition Evora GTE has a muscular-looking body with a chrome and ruby red paint job and some flashy upgrades.

Also, thanks to generous use of carbonfibre, the slinky sports car weighs 105kg less than the standard Evora

If Swizz Beatz ever came to the UK and wanted to buy a Kaseem number plate then http://www.APNAPLATES.com have the perfect number plate available right now:

Calling all Wolverhampton Wanderer fans the much anticipated Wolves (WO11VES) number plate is now becoming available via a DVLA Auction on the 25, 26 and 27 July 2013.

This fantastic reg would be perfect for the number 1 wolves fan and would be a sound investment for the future..

All eyes during this month’s auction will be on the treasured piece of Molineux motoring memorabilia, which has a £1,000 reserve. And previous auctions have shown football related registrations are money-spinners.

I met up with Dynamo at his Secret Gig for the launch of his new show Dynamo Magician Impossible Season 3. The show starts on Watch @ 21:00 today. Guests include the famous rapper Nas (flown over especially for this event) and the footballer Jermaine Defoe currently playing for Tottenham Hotspurs

David Haye was also in attendance as I saw him park up outside in his Mercedes SL.

There was also a exclusive number plate on the car N 11AYE, the N representing Natasha his wife.

If Dynamo real name Steven Frayne wanted to purchase a number plate then I would recommend the following:

So when I asked him if he was Indian he advised that he was half Pathan.. I wasn’t prepared for this revelation and was speechless.. Well anyway here is a pic of Dynamo and I enjoying the party..