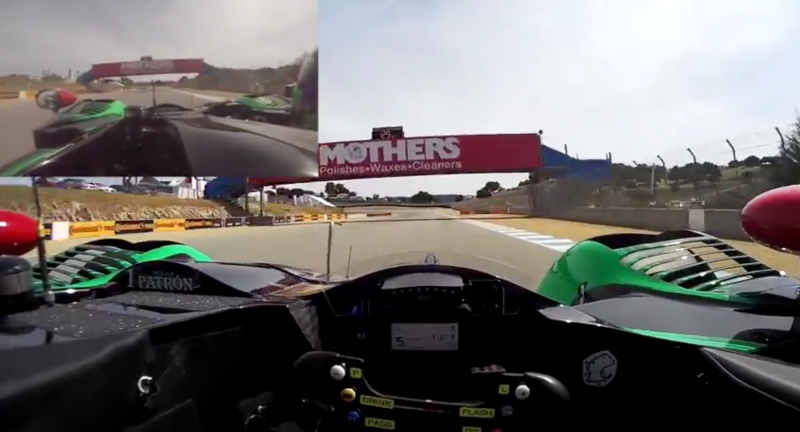 If you have ever wondered what a race driver sees from the wheel of a prototype car at the famous Mazda Raceway Laguna Seca, then you are in luck! This video is courtesy of Scott Sharp and a prototype visor cam.

It comes from the cockpit of Sharp’s Tequila Patron Honda Performance Development ARX-03b during practice for the TUDOR United SportsCar Championship race. The action is fast and sometimes precarious, as the GTD-class cars loom like monster trucks from Sharp’s low position.

It’s a manic, intense ride as Sharp weaves through traffic, ironing out the kinks before the race, which took place 3rd – 4th May. Sharp qualified third in the Prototype class with co-driver Ryan Dalziel with a lap time of 1:18.970, but unfortunately didn’t finish the race due to a gearbox issue early in Dalziel’s stint behind the wheel.

ESM Racing, Sharp’s team, saw success on the weekend, however, putting their other prototype car on pole thanks to a fast lap from Johannes van Overbeek. Overbeek and co-driver Ed Brown went on to win the overall victory in the race.