Muhammad was the most common first name given to baby boys born in London in 2012. With all its spelling variations, the name was also the second most common for new born male babies across England and Wales.

There are three different spelling variations listed in the top 100 names for boys from the Office for National Statistics. The most common version is Muhammad, which is in 19th place on the table. Mohammed is 26th and Mohammad is in 60th place.

In 2011 Muhammad (spelt this way) was the third most popular baby boy name in London with Mohammed (spelt like this) as the eight commonest.

Are you proud to be a Muhammad/Mohammed/Mohammad? Let us know. We might just have the perfect number plate for you! Visit ApnaPlates.com to find out more…

The town of Kallah in the district of Tarn Taran is 45 minutes from Amritsar through the flat, verdant countryside of the Punjab. Turn off the main road, pass a few farms and homesteads and, set among ploughed fields, there is a pair of two-storey breeze-block buildings that make up the Akaal Purkh Ki Fauj (APKF) public school. The institution, which was constructed three years ago, has 25 teachers and caters for children from kindergarten to year nine. Funding comes from local benefactors: according to head teacher Ravinder Kaur, the parents of most of the school’s 600 pupils are uneducated day labourers.

Very few of the pupils have access to computers at home, yet the devices that the children share — known as the Aakash, from the Hindi for “sky” — are loaded with educational software, including the national curriculum. “We’re studying physics,” explains Prabhjeet Kaur, 15, running her finger down the screen of her device, “the chapter on gravity”. With a single tap, she brings to life a module on linear motion.

Part of the day’s activity is to welcome Suneet Tuli, a tall, elegant Canadian entrepreneur dressed in a dark-grey suit. His company, Datawind, manufactures the tablet devices that the children are using. During the visit, Tuli, who has four children of his own, chats with school staff, recites choruses from traditional Punjabi songs with a group of younger children, and films the event on his Samsung smartphone.

Tuli, 45, often simultaneously clutches two mobile devices. He carries several in a pocket in his carry-on luggage: “This is for Canada, this is for the US, this is for the UK, this is for India…” he explains later in the day, pulling phones from his bag while being ferried back to the city. Multiple mobiles are a necessary part of his armoury — he spends much of his time travelling the world encouraging governments, state-level entities and NGOs to embark on pilot programmes for the Aakash. The list of countries that are investigating the effectiveness of learning with the device includes Uruguay, Argentina, Nicaragura, Mexico, Ghana, Nigeria and Senegal. In November 2012, Tuli presented the device to UN secretary general Ban-ki Moon in New York. The year before he spoke at the World Bank in Washington DC. Tuli spends two weeks a month away from his family, who live in Toronto; consequently, he is a master of negotiating cancelled flights and chaotic airports, largely conducting himself with serenity, although it’s clear that there’s steel beneath his composure.

An Indian researcher has developed a technology that prevents the reverse engineering of software, which will pave path to unhackable software.

Amit Sahai, a UCLA (University of California, Los Angeles) computer science professor and a team of researchers have developed a system which allows the user to use the program only for the purpose it is designed for, and prevents any deciphering of the code behind it.

The first ever technology of this kind, the system is based on principle of software obfuscation. In software development, obfuscation is the deliberate act of creating obfuscated code, i.e. source or machine code that is difficult for humans to understand. It prevents tampering, deters reverse engineering.

It is indeed a nation obsessed with social media, but a recent report takes the craziness a notch higher. India’s young Facebook users are apparently splurging lakhs on plastic surgeries in order to improve the way they look on Facebook and various other social networking sites

Indians in their 20s and 30s are going under the knife to improve their social media pictures. The report highlights that India, the nation that invented the nose job, is now also spearheading the new trend of “Facebook facelifts.”

One woman who was interviewed said “If you don’t look good on Facebook, then how will you make contacts?”

Men aren’t lagging behind in this aesthetic race. The report suggested that most asian men get chin augmentations that cost over $2,000 (around Rs 1, 18, 680). The reason being during video chats, it is easy to observe someone’s chin.

Anip Dhir, a plastic surgeon was quoted by the LA Times, saying, “When someone is talking on Skype or any other kind of social media network, what you see is the movement of the chin when the lips move.” He added that “A weak chin or a waddle chin, they stand out most because, again, people don’t look confident when they’re talking and the definition of their face becomes less.”

While there exist simpler ways to improve looks, like Photoshop, why people opt for surgeries is because many people use Facebook to find partners. A woman said that “Sometimes you have to meet people in real life too, if you don’t look the same as in your photo, then it’s sort of fake, isn’t it?”

People opt for laser skin treatment, rhinoplasty and chin augmentation, among other procedures, in order to improve their romantic chances on social networking sites. While the social media age is impacting the young and old alike, this Facebook trend certainly seems to be a costly affair.

Since we don’t know the name of the baby yet lets speculate what possible names may look like on a number plate:

and this one is for the happy couple

Young drivers who face steep costs for motor cover could save an average of £201 – or 12.5 per cent – a year by choosing telematics technology over a standard policy, according to data.

Female motorists aged 17-19 were the most quoted group for telematics policies, making up almost a third of all quotes.

Telematics works by drivers having a small ‘black box’ fitted to their vehicle.

This monitors a number of factors, including times driven, accelerating and breaking, and what types of road drivers use.The driver is then able to monitor their progress online and can make any adjustments to their driving style accordingly.

Telematics policies serve to make motorists more aware of how they drive – this in turn can make premiums cheaper. There may be restrictions however, such the times in the day that motorists are able to drive and a maximum annual mileage.

Annual premiums for younger drivers often reach four-figures. This is because inexperience means the risk of them being involved in an accident is higher than average.

Having a black box fitted to the car to monitor driving behavior provides an insurer with a greater knowledge of the driver. It can also influence driving habits – motorists know that they have the box fitted and driving safely will result in premiums falling faster.

‘It is also important to be aware if the provider will charge you for the black box and installation should you choose to cancel the policy. Telematics is based on driving patterns and so is not a guaranteed way to see cost reduction.

Ok it wasn’t a professional bout but at least he taught the thugs a lesson. Apparently an armed gang tried to steal Amir Khan £100,000 Range Rover in Birmingham.

A witness to the incident told The Sun newspaper: “One (of the men) slapped Amir and clipped him on the lip but Amir pulled back and knocked him out cold.

Well done Amir Khan.. i like him even more now… 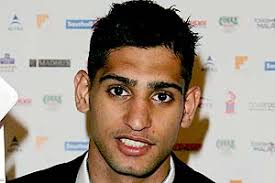 A well known number plate company is selling the “X 1” registration and are expecting to receive offers around £1000000 million pounds!

Its good but it my opinion not that good and definitely not worth a million pounds. If an offer has not been made then the number plate will go to an on-line auction..

FUK U number plate for sale

I saw this number plate on a Mercedes S Class, which represents the popular sikh surname SAHOTA. I thought this is a very good representation and a very nice plate…