Infiniti is tantalisingly and teasingly close to releasing a supercar that could turn the luxury car world upside down. We’ve seen the Q80 Inspiration and Q60 Concept debut within the past year, at the Paris and Detroit auto shows.

Before that were cars like the electric-powered Emerg-E sports car, not to mention the outrageous Q50 Eau Rouge, a sedan stuffed with the same twin-turbo V-6 and all-wheel-drive system found in the GT-R supercar.

Now we have this, the Infiniti Vision GT. It’s another hint that Nissan’s luxury brand is thinking seriously – and for a seriously LONG time – about propelling its range into some rarefied territory occupied by exotic cars.

This concept came about thanks to Sony Playstation’s Gran Turismo racing simulator, and this marks the first time the low-slung coupe has appeared in the real world. While still very much a concept – meaning it doesn’t have a powertrain, or an interior of any sort – the design is an absolute homerun.

The entire front of the Vision GT is dominated by a chrome-ringed grille with the Infiniti logo proudly in the centre. Seen from the side, we spot more than a hint of GT-R, especially in the air vents immediately ahead of each door. Could this concept be a styling exercise for Nissan’s next supercar? And it could also signal that Infiniti might get a rebadged and restyled version of the next “Godzilla” sports car?

A range-topping performance model makes a lot of sense, considering Infinitihas often struggled to find its own identity in the luxury car market. It could also allow Nissan the chance to reap some extra profit by getting more mileage (and sales) from the next-generation of the GT-R platform and powertrain.

For the moment, you can only drive the Infiniti Vision GT in the video game world. But don’t be surprised if Infiniti rolls the dice and something very close to this concept scorches it’s way to tire-smoking reality within the next 2-3 years. 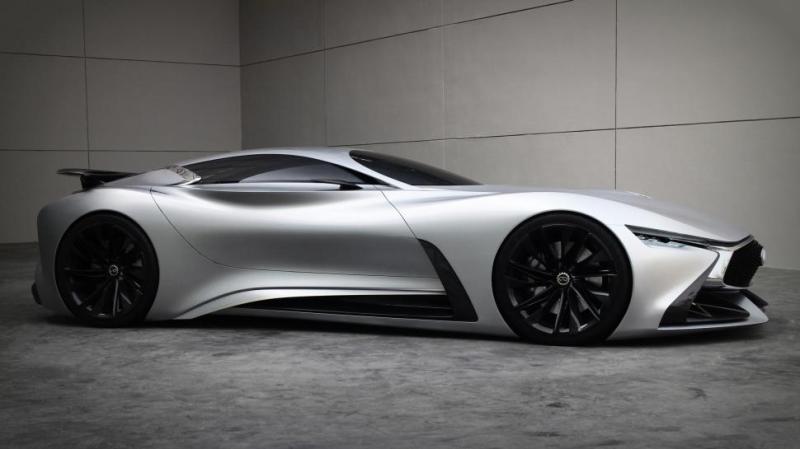 Please use the following 10% discount voucher (10%-OFF-YOUR-LISTNG-2015) at the checkout when you list your plate with us – www.APNAPLATES.com

Two wheels good, four wheels bad! On an Olympic racing bike he ruled the track, but six-time gold medallist Sir Chris Hoy found two wheels a little more tricky when he smashed a £125,000 supercar into straw bales at the Goodwood Festival of Speed.

Sir Chris, 38, emerged unscathed and waved to fans after stewards rushed to the scene. However, his 193mph Nissan GT-R Nismo was too badly damaged for him to continue. Later he tweeted: ‘Well that was embarrassing! I’m fine but the car looks a bit sore!’

Sir Chris now races a Nissan GT-R GT3 in the British GT championships and was giving demonstration runs up the hillclimb in the road version of the car. Unfortunately, one of his runs up the 1.6-mile hillclimb ended prematurely as he drove straight on at Molecomb corner and into the bales.

To be fair to Sir Chris, he is by no means the first nor will he be the last to come a cropper there but his pride was rather dented although perhaps not as badly as the car. Watch the video below…

Nissan has lifted the virtual covers off the Nissan Concept 2020 Vision Gran Turismo, a vision of what a high performance Nissan could look like in the future.

It was created through close collaboration with the creators of Gran Turismo®, Polyphony Digital Inc., the legendary PlayStation® driving franchise.

Nissan Concept 2020 Vision Gran Turismo began life as dream project for Nissan designers who were given free rein to create their dream supercar for their own Gran Turismo fantasy garage.

Created by a team of young designers at Nissan Design Europe, in London, the model was considered to have so much potential that it has benefited from input from an advanced engineering team based at Nissan Technical Centre in Atsugi, Japan.

As a result, Nissan Concept 2020 Vision Gran Turismo gives hints as to how a supercar of the future might look.

In July, automotive enthusiasts will be able to discover that performance first-hand when it becomes available to download in Gran Turismo®6, just as they did with the Nissan GT-R and Skylines from earlier episodes of the historic franchise.

That performance heritage and commitment to delivering excitement for enthusiasts is why there are more Nissan vehicles in the franchise than any other brand.

But as a specialist in automotive design in three-dimensions, Nissan believes that the real-world is ready for the Nissan Concept 2020 Vision Gran Turismo. Watch this space… 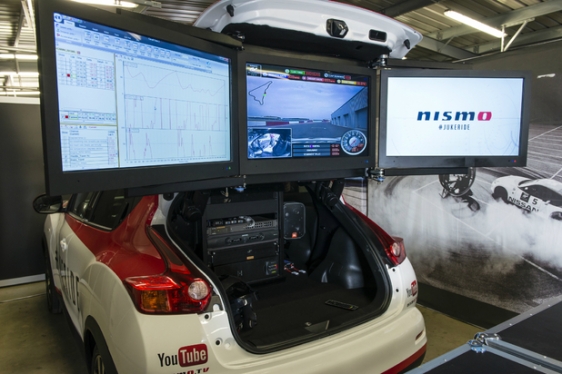 Do you remember when Nissan launched its GT Academy back in 2008? If not, the idea was to find professional racers from a computer game. Gaming enthusiasts all over the world submitted their times on a unique race track on Gran Turismo 5, then the fastest 22 were invited to Silverstone to compete for a chance to race professional for Nissan.

Great, now that you’re ‘up to speed’ (sorry) here’s what’s happened since then…

Nissan’s GT Academy has become a genuine recruiting tool for the world of motorsport. This back door into racing is ever popular with gaming hopefuls. However there is still a huge gap between playing the game and racing a real car.

Above all else, the largest difference is fear. As you can imagine squeezing the ‘X’ button and holding full throttle in Gran Turismo is a lot easier than keeping your foot flat to the floor in a real car travelling at 100mph plus. Keeping committed to a corner in a game is easy, but in real life, you know a mistake will hurt.

Also in Gran Turismo a gear change is as quick as tapping a button – but in real life, every gear shift will lose you time. You are also usually slower to react on the brakes and accelerator, as well as being incredibly heavy-handed with the steering, as demonstrated in this video:

Nissan has created a wrist watch that tracks the performance of both the wearer and the vehicle they are driving. It measures heart rate, temperature and other biometrics of the driver as well as the speeds and fuel consumption of the vehicle. It was unveiled ahead of the Frankfurt Motor Show, which runs until 22 September.

Experts say that the watch, called the Nissan Nismo, could be an important step towards greater connectivity in cars. The Nismo watch can be connected to the car’s on-board computer system to allow users to monitor vehicle telematics and performance data.

Other smart watches have hit the market recently, including Samsung’s Galaxy Gear and Sony’s Smartwatch 2, but editor-in-chief of What Car?, Chas Hallett, said that car connected watched could be even more useful than those offered by consumer electronic firms. “Imagine if you could heat up your car on a cold day before you got into it or shut the roof of your convertible when it started raining and it was parked outside,” he said.

The current gadget is one of the first products to come out of its Nismo laboratory, which captures live biometric and telematics data from Nissan racing cars and their drivers. The eventual aim would be to create wearable technology for drivers that can spot fatigue, monitor drivers’ levels of concentration and emotions and record hydration levels.

The Nissan Nismo smartwatch comes in three colours, can be controlled by two buttons on the screen and has a battery life of around a week.

However this is no mean feat. Sentch’s Solidoodle 3D printer is only capable of producing parts in 4-inch by 4-inch segments. He has printed around 2,500 parts since the beginning of the year by switching on the printer before he goes to work and last thing at night. It is still only 72% complete!

Once the bodywork has been printed, Sentch will create a fibreglass mould of the print and fit this over the engine, electrics, suspension and drivetrain of a 1993 Nissan Skyline. After this a custom interior will have to be installed and the whole thing painted and polished to perfection.

There are currently less than 1,200 models of the car in existence, and these go for hundreds and thousands of pounds at auction! Compare that to the $500 for the 3D printer plus the $2000 already spent on the car and you’ve got a pretty impressive margin.

According to The Independent, Sentch said: “The project has been on my mind for the last 6 years, I would have started it earlier but I’ve recently had kids (3 years and 1 year) so I had to put these sort of time-consuming project-type hobbies on hold. My brothers think I’m mad but […] at least they believe I will pull it off. Friends either don’t grasp the enormity of the project, or the ones that do are in awe of me even attempting it.”