The Ford Motor Company has shocked the automotive world with the unveiling of an all-new GT supercar at the 2015 Detroit Auto Show.

As stunning as it looks, the GT on show in Detroit isn’t a concept to be watered down by the time production rolls around but a preview of the car that will be hitting showrooms sometime in 2016.

It’s got all the typical supercar cues such as a mid-mounted engine, rear-wheel-drive configuration, and a sleek, aerodynamic coupe body.

But instead of the typical V-8 engine found in most performance Fords, including the previous GT, the new generation will come packing an EcoBoost V-6 engine whose twin-turbochargers will help liberate more than 600 horsepower.

Some of the new aspects of the design include updated direct-injection and valvetrain features, aimed at boosting performance and efficiency. The transmission, meanwhile, is a seven-speed dual-clutch transaxle.

There’s still a lot of development work to be done, which is why we haven’t heard any official performance numbers just yet. Expect further announcements to be made in the coming months.

It took a little while before the Vencer Sarthe went from early computer models to its real-life debut last year. But the company didn’t stop there, reworking the design even further before the first units were actually completed.

With the Dutch supercar finally actually in production, it’s time to find out if the mid-engine coupe lives up to the wait, and Autocar is putting the Sarthe to the test.

In many ways, the Vencer has a very old-school, minimalist vibe. Unlike many modern supercars, there are no electric motors to offer hybrid power or a trick all-wheel-drive setup for added traction.

The Sarthe just shoves a supercharged 6.3-liter V8 pumping out 622 horsepower and 618 pound-feet of torque and six-speed manual behind the driver in a space-frame chassis.

While anti-lock brakes are a small modern concession, the vehicle otherwise lacks any electronic aids, like traction control or stability control.Even the interior is pared down to the bare essentials with only a central screen for the gauges and a handful of buttons.

Is there still room in the supercar realm for a model that is so assertively primordial? Take a ride with Autocar to see if the Vencer can stand up to modern times. 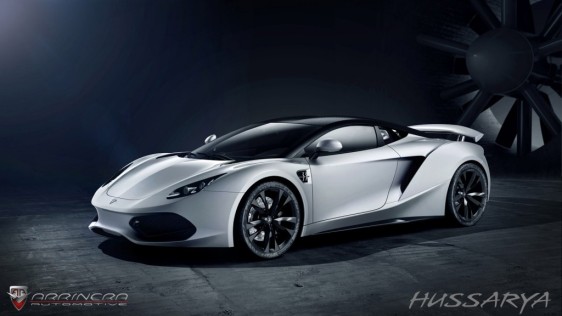 Polish supercar startup Arrinera’s first product, the Hussarya, is nearing the end of its gestation, and soon production will commence at a new factory located in the city of Gliwice in southern Poland.

The design of the Hussarya has evolved considerably since it was first shown as a prototype in 2011, as confirmed by the latest images depicting the production version of the car.

Speaking with Autovisie, a spokesperson for Arrinera confirmed that an official debut for the Hussarya in its production form would take place this year and that the company anticipates building around 100 units per year.

Final pricing for the Hussarya is yet to be confirmed, though the company has previously suggested a starting figure of about $160,000, though we suspect this will be revised higher upon the car’s debut. 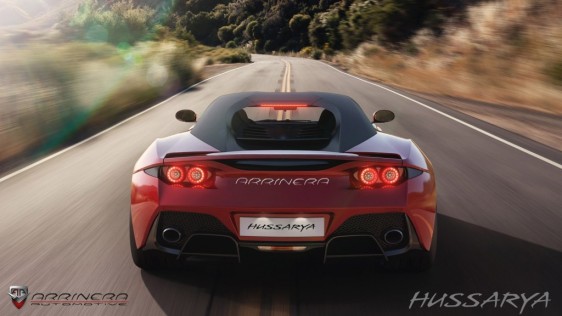 The rights to the very first 2015 Ford Mustang GT was sold to the highest bidder at an auction in Arizona for $300,000.

The final bid was made by Sam Pack, a car collector and Ford Motor Company dealer from Texas, the proceeds of which will go to benefit diabetes support group JDRF.

However obviously the first production 2015 Mustang GT has not even been built yet! The version on display was a pre-production unit if you were wondering.

This means Pack will still be able to select the colour of the car as well as other options. On top of this, the team involved in the 2015 Mustang’s design and development will sign the car in appreciation of the donation to JDRF.

The new Mustang will initially be offered in three flavours: base V-6, mid-level turbo four and range-topping V-8, with the latter being the Mustang GT you see pictured.

Peak output from its 5.0-liter V-8 will hover somewhere around 420 horsepower and 396 pound-feet of torque. 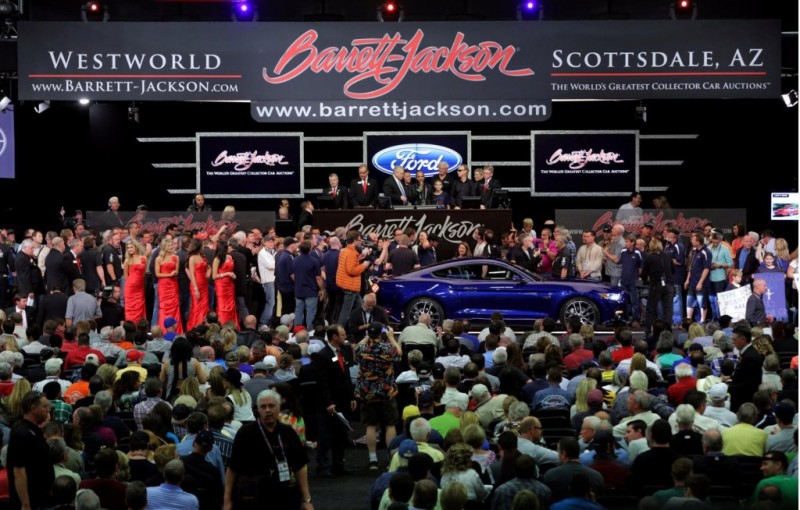 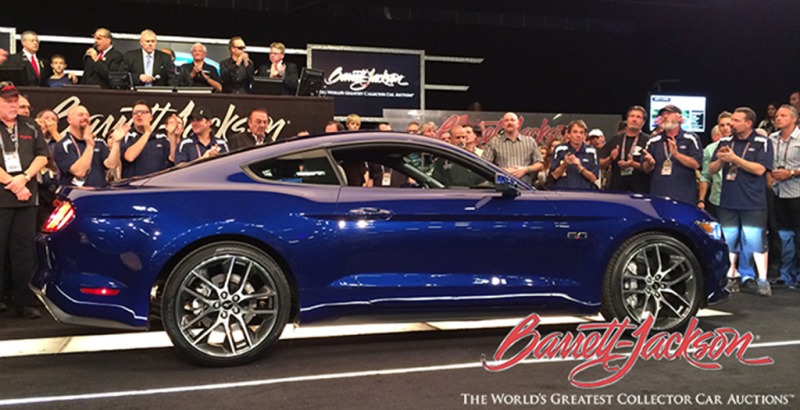 The official announcement has finally arrived: Porsche will produce the 918 Spyder in “limited series production.”

When the Porsche 918 Spyder concept was revealed just before the 2010 Geneva auto show in March, it was assumed that the car was bound for production.

At that point Porsche had never shown a concept car without putting it on the road, and Porsche suggested that this rule wouldn’t change under new VW ownership.

Details of the car’s volume and positioning are still unknown, but we would expect the former to be very low and the latter to be very high. The 918 Spyder will be Porsche’s flagship, the brand’s attempt to set the high-water mark for dual-source power.

The 918 Spyder is a performance hybrid with four distinct driving modes and an extra, KERS-type overboost feature like that found on some F1 cars in 2009.

It is motivated by various combinations of its 500-plus-hp, 3.4-liter V-8 (derived from the RS Spyder LMP2 car) and three lithium-ion-powered electric motors—two on the front axle and one integrated into the transmission—that make a total of 218 hp.

Interestingly, the 918 Spyder can function as both a parallel or a series hybrid, as the electric front axle can propel the car on its own, or in conjunction with the engine.

In its thriftiest mode, Porsche states a European-cycle figure of 78 mpg. In race mode, expect a top speed in the neighborhood of 200 mph and a Carrera GT–beating Nürburgring lap time of 7:30.

Kia has revealed the GT4 Stinger, which represents its vision of the sports car of the future, describing it as “the brand’s most aggressive concept car ever.”

The car is a departure from the production models Kia is known for and represents a new style of design for the manufacturer.

The ‘tiger nose” grille at the front of the four-seat coupe has a surround that glows white and is flanked by vertical LED headlamps. The clamshell bonnet has chrome accents as well as bulges for the 20in alloys.

For those of you already familiar with Kia, the Stinger is the same length as the Kia Cee’d at 4,310mm but lower and wider with a shorter wheelbase.

If the car goes into production, its main rival will most likely be the Toyota GT 86 as both cars have the same size engine and are of similar weight.

Bugatti has sold its 400th Veyron more than eight years after the first example rolled out of the company’s Molsheim factory – which means that now only 50 examples of the 12-cylinder, 200mph supercar will be available. Since 2005, 300 tin-top Veyrons and 100 roadsters have been sold.

The 400th model was a ‘Wimille edition’ Grand Sport Vitesse, one of Bugatti’s six-part ‘Legends’ series of cars, each of which commemorates an individual who has had a lasting impact on the Bugatti brand. All of the remaining cars will be drop-tops so if you were looking to buy a new Veyron coupe, you’re too late. 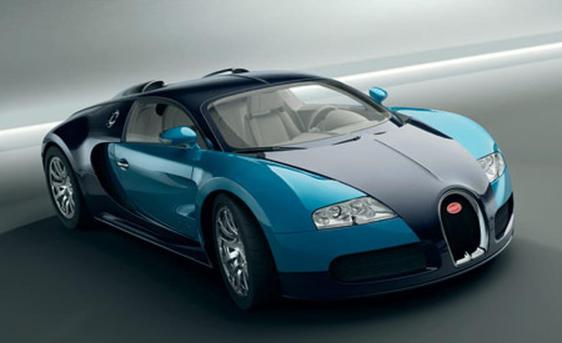 Bugatti was founded more than 100 years ago in Molsheim, Alsace, and today belongs to the Volkswagen Group, which took over the rights to the brand in 1998. 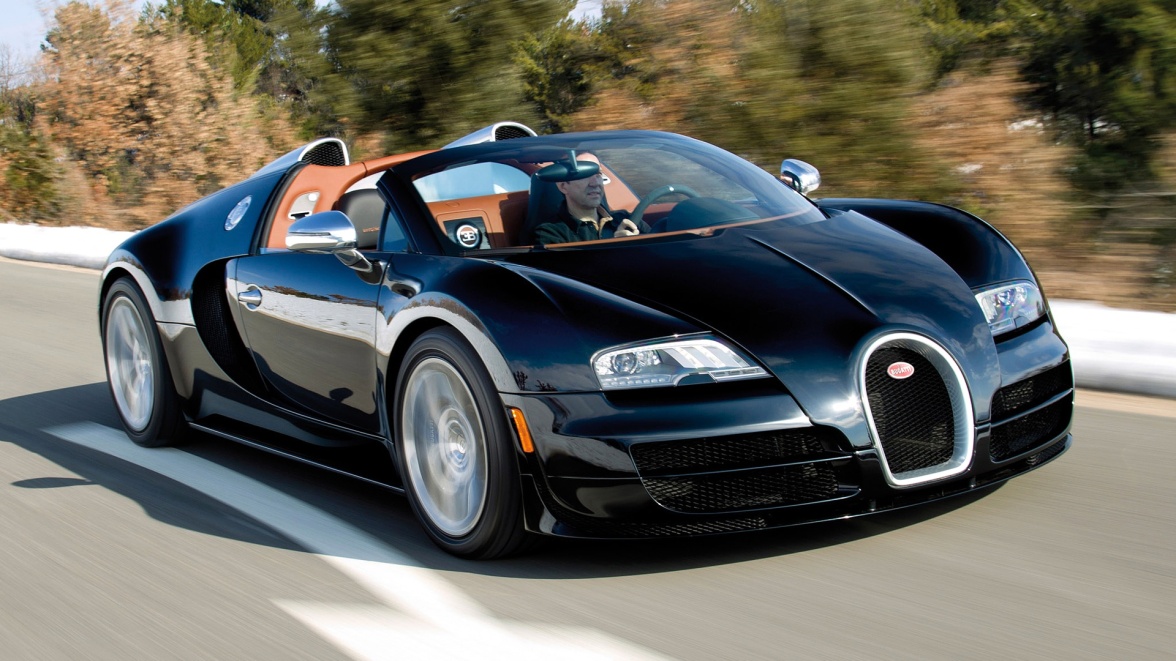 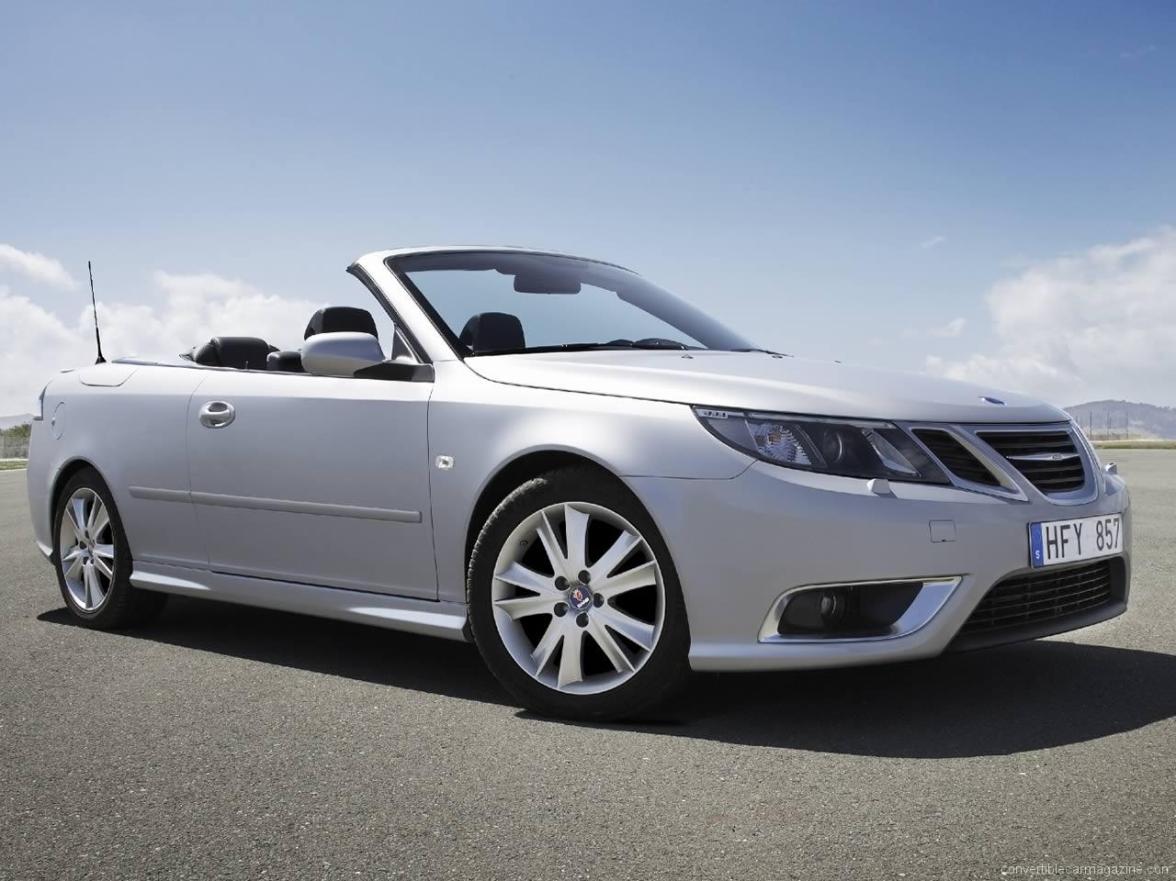 Yes it’s exciting news for Saab lovers. The new owners of the once beloved carmaker have decided to start the production line moving again with its 9-3 sedan model at its Trollhattan factory in western Sweden, albeit at a “humble” pace.

The entire first batch has been pre-sold to Chinese government agencies but there’s encouraging talk that the established supply chain could sustain an increased capacity.

Don’t expect anything too futuristic yet though. The NEVS 9-3 will use the same 2.0-litre turbocharged petrol engine (despite the ‘Electric’ in the new owner’s name) as well as the same ‘Epsilon’ 9-3 body (which is virtually prehistoric) for now. Shame.

However the firm is initially making petrol-powered version of the car with the aim of launching an electric version later. That’s more like it.

You won’t start to see brand new ‘Saab’ branded vehicles on UK roads though – as part of the agreement drawn up for the NEVS takeover, the new owner isn’t allowed to use the badge nor the Saab name.

Even so, it’s good to see you back, Manufacturer Formerly Known As Saab. 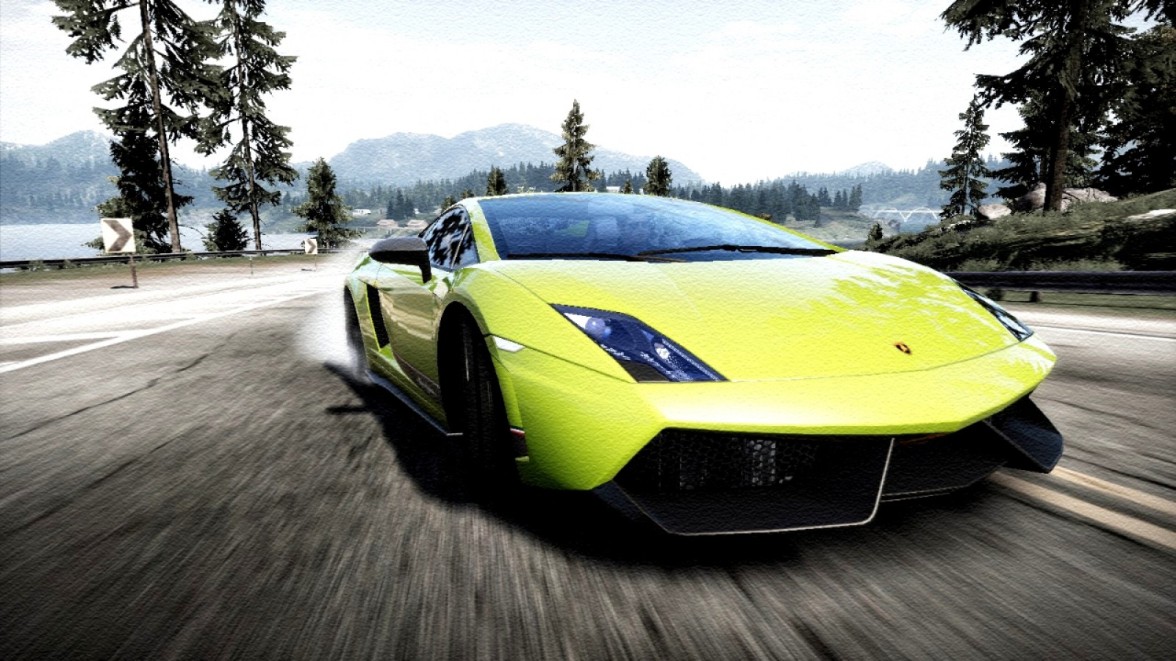 It is with great sadness that we announce the final Lamborghini Gallardo has finished production in Sant’ Agata, ending the line of the manufacturer’s most successful car. During its time this car captured the imagination of the super car enthusiast like many others could only dream of.

The Gallardo immediately found popularity after its launch in 2003, with its good looks, V10 engine and four-wheel drive. It’s said its V10 engine howls like no other supercar’s, and yet it it not an intimidating car to drive. Even your mother could drive it, not that you’d ever let her!

During its 10-year run, 14,022 Gallardos were built, dwarfing numbers of all other cars built by the iconic supercar manufacturer. The fastest Gallardos were the Super Trofeo Stradale and the Squadra Corsa, which were still capable of putting up a great fight against the much younger Ferrari 458 Italia and McLaren 12C.

The Gallardo was launched to coincide with Lamborghini’s 40th anniversary, and was the second all-new model under Audi’s ownership of the company. Underneath its radical body was an aluminium spaceframe and V10 engine, which sent its power through all four wheels, and conceptually, its design was evolved into the Audi R8.

The final Gallardo was an LP 570-4 Spyder Performante. The Gallardo’s production line in Sant’Agata will remain quiet now for some months, as its replacement isn’t due to arrive until the second half of 2014.